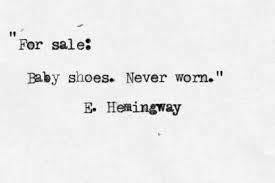 Lionel Messi is one of the best footballer players ever. He’s an outlier in the number of goals he has scored (a record 91 in 2012), the rate at which he scores (1.35 goals per game for Barcelona in 2011-2012, which is a lot), and the number of times he has been voted the best player in the world (every year from 2009 to 2012; all that good stuff is from Wikipedia, by the way). However, he is also an outlier in how little effort he seems to make. Analysis elsewhere of performance in the 2014 World Cup suggests that he ran around about as much as most goalkeepers, and a good deal less than other forwards (thanks to the good people of fivethirtyeight.com for that). Messi is the best because he is so efficient, because when he’s standing still and looking around he’s deciding what to do next.

The inefficiency of falling down an SPSS black hole

If you’ve never read The Seven Habits of Highly Effective People, a quick scan of the table of contents will tell you that you should begin with the end in mind. (How’s that for efficiency?!) If you’ve written a report, there’s a good chance you’ve written an Executive Summary. The implication is that executives don’t have the time for reading entire reports; they just want to know what difference it makes in the end. There’s a particular skill in identifying what is most important, in asking good questions, getting precise answers, and knowing when enough is enough and what to do next.

Computers are supposed to make work more efficient, and it’s true that calculations are faster on a microprocessor than on papyrus. However, computers also remove all the risk from analysis. If you spent a grand total of 0.29 seconds running a test only to realise you had recoded missing data incorrectly, for example, there might be a brief disgruntlement but re-running it isn’t a big deal. However, if you had spent 0.29 working weeks on the same analysis only to realise some time on Tuesday afternoon that you’d made a mistake, the reaction would be closer to rage. In the papyrus days, then, people were a little more careful about getting everything right, checking for errors, and making strategic decisions, than in these care-free, no-strings times of instant analytical gratification. It’s easy to lose hours together in an SPSS-induced reverie, running test after test and trying everything you can think of, even if you just end up trying to find where you neglected to close a bracket or put in a full-stop.

Where, I hear you ask, is the room for creativity in all this precision and efficiency? What about stumbling upon an amazing discovery while faffing about in SPSS? Well, thinking takes time and mental space and maybe we need to decide to stand still for a while rather than trying to do everything. Just because we have the capacity to do everything doesn’t mean we have to.

The efficiency of patience

The other obvious question is what happened to all the time computers are supposed to have saved us. Maybe we’re just not as careful about how we choose to spend our time, about what exactly we’re trying to achieve. There are people who’ll tell you that email is the problem, that it is no longer the most efficient way to communicate, but that might be just because they want to sell you some alternative. In contrast to your busiest colleague, who runs between meetings, doesn’t have time for lunch breaks, and complains about how they spend all weekend sending emails, Messi was not prepared to chase around after half-chances and poor passes but would wait, and wait, and wait, and score in the last minute., as he did against Iran in the World Cup.

If we could all work like Messi, there might finally be no such thing as a forty-hour week. Messi is to most football players as poets are to bloggers. His economy of effort and his patience make everyone else’s tireless running look foolish. The difference lies in knowing what’s going to happen next, knowing the end and going there. It’s not that he makes no effort, just that his effort is better planned. Statistical analysis is more efficient than it used to be, and it’s easier to fix mistakes. Most efficient of all, though, is taking the time to figure out where you want to go and getting it right the first time.